"I LOVE, LOVE, LOVE people and their stories, so it was a natural progression for me to become a Marriage and Funeral Celebrant. I feel so honoured to be able to share those special moments in a person or couples life. Being a celebrant isn't just a job - it is my passion, and I get to live my passion every day! " 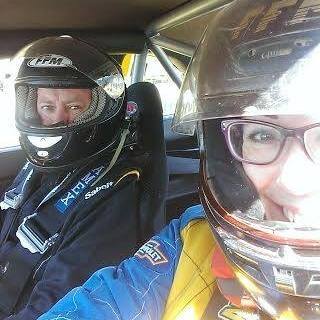 Jade's Story
Born in Dunedin, Jade moved to Christchurch when she was 20 years old. She settled by the Avon river in the suburb Avonside until the earthquake of 2011. Having to move, they decided on a new adventure, so they spent 12 months in the beautiful township of Alexandra in Central Otago. In 2012, with Jade's then two teenage girls, they relocated to a bigger town in Timaru. Jade, her now-husband Rob (pictured when  he took Jade at speed around Levels Racetrack!), has settled in well and loves the central location that Timaru offers. Jade and Rob married in April 2021, so know what it is like to plan a wedding in today market! 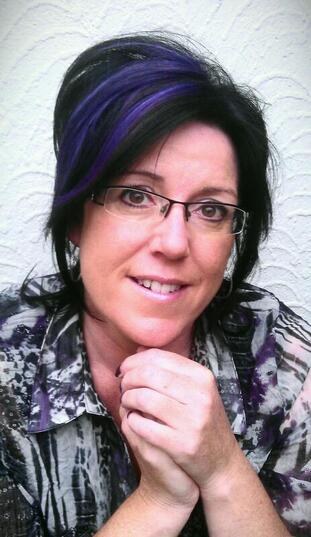 Over the years, Jade has had many life experiences and developed many skills. Her career began as an apprentice hairdresser and grew to a large team of staff that she managed, becoming self employed with her own hairdressing business. Over the years, she has worked with many different clients from all walks of life.

​In the early 2000's she changed career paths and studied at Christchurch College of Education and the University of Canterbury. She settled into a big primary school (Ilam School in Christchurch) and enjoyed supporting children one-on-one and in small groups. Her passion was helping children with dyslexia, autism and special needs ensuring all children had the support and encouragement they needed to do as well as they could at school.
​
Since 2011 Jade has been successfully self-employed as a Coach, Guide and Wellbeing Mentor, offering support to many in New Zealand and across the world. She has run large events and workshops across the South Island to understand what is involved and the work behind the scenes.

Jade often works with people near the end of their life or at times of crisis. She initially became interested in celebrancy work to honour those who were no longer here. Having experienced many events and crisis in her own life and supporting others, she understands the impact of death and dying. Whether illness, sudden death, suicide, accident, murder or in-utero, the loss of a loved one can be mind-numbing and tough.

Jade loves to work with people as they journey on to their new life, so what better way than to be a Marriage Celebrant. Being part of a couples special day, supporting them and sharing their love story is the best feeling.

Now, as an independent and registered marriage and civil union celebrant, she not only makes them feel at ease and supported, she creates the ceremony that is the very heart of the wedding. Wow, what an absolute privilege to be able to do that for the couple.

Jade is warm, caring, empathetic and sensitive. Her career is listening and understanding, and she does this well. She is organised, creative and is flexible. She loves to write and create ceremonies. 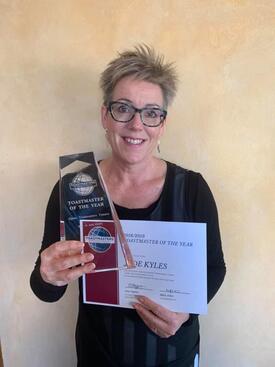 Jade is an experienced and confident public speaker. She is the Past President at Alpine Toastmasters and has achieved four Toastmaster International Certificates for Competent Communicator, Competent Leader, Advanced Leadership and Effective Coaching pathways.  Picture of her winning The Toastmaster of the Year in 2018/2019

​​In 2020 she also began funeral directing and works when required at Aoraki Funeral Services in Timaru. ​ 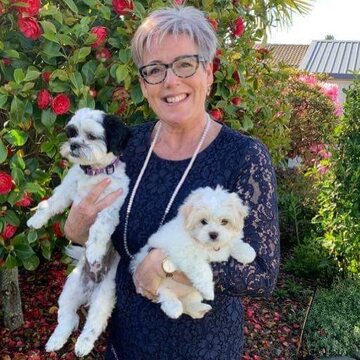 Jade's girls and Rob's children have grown and forged out their own life. Rob and Jade now have two  furbabies, Ruby and Betty, join their family.

When she does take time off, she enjoys a lovely pinot gris (or pink gin!) a meal out, supporting Rob race his starlet at South Island Racetracks (Yes, you see her celebrant name on his race car!) She enjoys occasional weekends away chilling with her family and friends.

"Enough about me! Let's connect so I can hear about you and YOUR story. You can email,  text or ring me by phone or contact me through my facebook page"
Connect with Jade